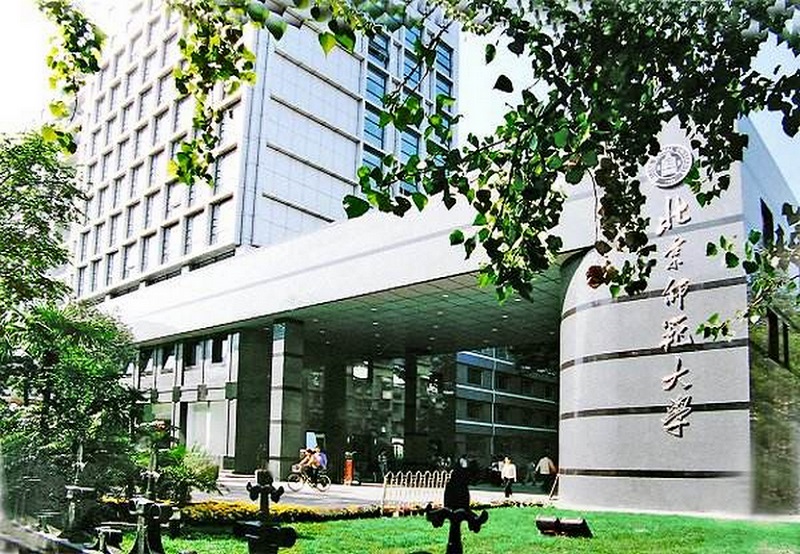 Beijing Normal University (BNU) is a comprehensive research university that is directly under the administration of the Ministry of Education of China, with a long history and profound cultural heritage. Beijing Normal University ranks among the top universities in China in terms of its comprehensive strength. It is a key university in the Chinese "Project 985" and "Project 211" and is one of the first "Double First-Class" A-class universities in China. With its rich educational resources, the university is an important base for the cultivation of high-quality and innovative talents in China. In 2021, BNU continues its admission of international students to study in China for a Master's or Ph.D. degrees.

The long history leaves Beijing a precious cultural treasure. Winding for several kilometers in the Beijing area, the Great Wall is the only man-made structure that could be seen in space. The Summer Palace is a classic composition of ancient royal gardens, and the Forbidden City is the largest royal palace in the world. Tiantan is where the emperor used to fete their ancestors, and also the soul of Chinese ancient constructions. The four sites above have been confirmed as world cultural heritage by UNESCO. However, the best representatives for Beijing are the vanishing Hutongs and square courtyards. Through hundreds of years, they have become symbols of Beijing's life. Tian'anmen square being still brilliant today with cloverleaf junctions and skyscrapers everywhere, the old-timey scene and modern culture are combined to present a brand new visage of Beijing.

The main campus of Beijing Normal University covers 1,048 acres that serve as an important place for the university to carry out educational activities. The school has 23,800 full-time students, including 9,200 undergraduates, 12,800 graduates and 1,800 long-term international students. The campus has 1 education faculty, 23 schools and colleges, 2 departments and 37 research institutes (centers). The library boasts over 4.2 million volumes and some30,600GB of digital resources, with1,580GB of e-books.

The comprehensive disciplinary strength of Beijing Normal University puts the school at the forefront of the nation's advanced teaching institutions. In 2002, BNU was one of the top six universities with independent examination and approval authority for undergraduate majors. The university offers 60 different undergraduate majors, 153 Master's degree programs, 108 Doctoral degree programs, 25 different rotating post-doctoral posts, and 24 and 36 Doctoral and Master's degree programs for first-level disciplines.

According to the 2020 QS World University Rankings, BNU is ranked the 277th among the world universities and the 10th among Chinese mainland universities. In 2017, BNU has been listed in the "world-class universities", and 11 disciplines have been selected for China's "Double-First Class" Initiative. The disciplines of Education, Psychology, Chinese language and literature, Chinese history, Theater film & television，Geography graded A+ in the recent national evaluation.

At present, the university has established cooperative ties with about 500 universities and international organizations from more than 30 countries and regions. Each year, above 900 international professors and scholars are invited to lecture and research at the University. And BNU has around 2000 long-term international students, the scale of which ranks among the top in China's universities.

There are a total of 5 international student dorms in BNU. For students who want to live on campus, a student may apply for accommodation online after you've received the Admission Notice. Laundry services are available in each apartment building. And public kitchens are provided with induction cookers and microwave ovens.

The cultural association is a cultural exchange platform for Chinese students and foreign students from various countries, which promotes mutual exchanges, mutual understanding, mutual appreciation and mutual development among countries at BNU. Each year, BNU international students from dozens of countries and regions show their local customs, history and culture to the guests in a rich and colorful way. The "gourmet tasting" is offered with different countries' styles and shows exotic delicacy on the tongue. We welcome more international students to join BNU, this warm, inclusive big family.

Since 2010, Beijing Normal University has been the organizer for Beijing International Students Night, a large-scale theatrical performance. It is held annually in December and has been in the running for six consecutive years since its debut. It showcases talents from diverse cultures and encourages cross-cultural exchange. Students from universities across the country are also invited to perform. 6 years in the running, Beijing International Students Night have had performances by students of different universities, including Peking University, Tsinghua University, Renmin University, Beijing Language and Culture University, China Agricultural University, Beijing Dance Academy, Central University of Finance and Economics, East China Normal University, Shanghai University of Sport and other schools. Each year, there are approximately 300 performers from 70 countries and areas.