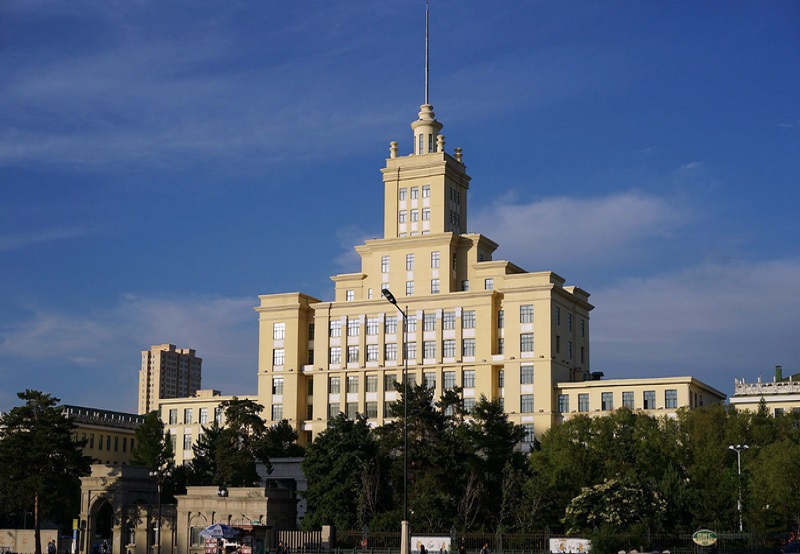 Heilongjiang University, located in the northern ice city of Harbin, was formerly the Russian Language Team of the Third Branch of the Chinese People’s Anti-Japanese Military and Political University established in 1941, so it is known as the cradle of Chinese Russian talents. The university has been ranked among the top 100 universities in the country for many years. It was determined to be a university jointly established by Heilongjiang Province and the Ministry of Education. The university covers a total area of 1.74 million square meters, with a total construction area of nearly 1.08 million square meters; there are currently more than 32,000 full-time students, more than 5,000 graduate students of various types, and more than 1,500 international students annually. The university offers a total of 86 undergraduate majors covering 11 disciplines including philosophy, economics, law, teaching, literature, history, science, engineering, agriculture, and management, and has the right to confer bachelor's, master's and doctoral degrees. The university has always insisted on seeking development with characteristics, strengthening the dominant position and leading role of the Russian language subject, and realizing the comprehensive connection with Russia in the direction of talent training, scientific research, foreign exchanges and cooperation, and social services, forming the unique characteristics of the country’s universities in running a university in Russia. . Jointly established the Sino-Russian Academy with Russia's Novosibirsk State University, the Sino-Russian Joint Graduate university, and was listed as one of the 17 national educational system reform pilot colleges by the National Education System Reform Leading Group. It has achieved remarkable results in the international promotion of Chinese language. It is the center for Russia in the northeast base of international Chinese education and has become an important destination university for Russian students in China. The Confucius Institute jointly established by our university and the Russian Far Eastern Federal University was awarded the honorary title of "Global Excellent Confucius Institute" by Hanban. President Xi Jinping has inspected the work of the Confucius Institute and highly affirmed it. Heilongjiang University began to recruit foreign students in 1981 and has now trained nearly 10,000 international students from all over the world. Heilongjiang University is a teaching base for Chinese as a foreign language in Heilongjiang Province. It is an HSK test site designated by the state and an institution approved by the Ministry of Education to accept Chinese government scholarships for international students in China.