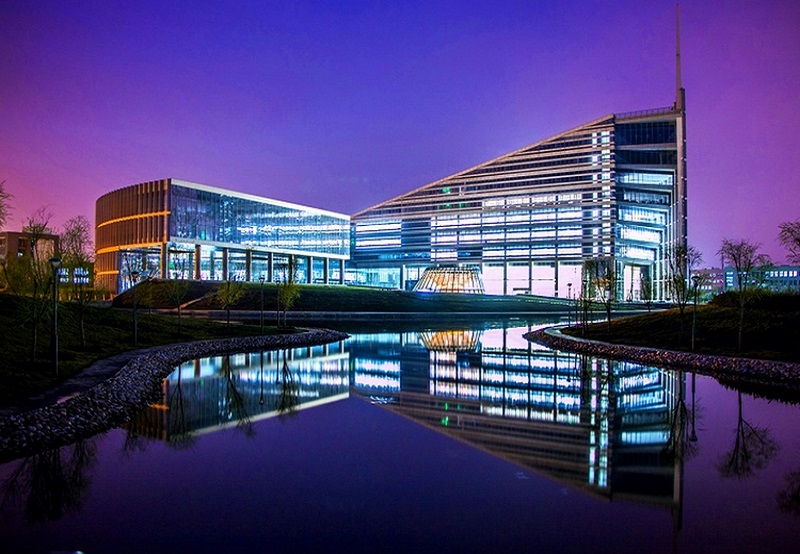 Northwestern Polytechnical University is located in Xi'an, Shaanxi Province. It is a multidisciplinary, research-oriented and open university characterized by the development of personnel training and scientific research in aviation, aerospace, navigation and other fields. It is a national "first-class university" construction university (Class A) , under the Ministry of Industry and Information Technology. The school was identified as a national key university by the State Council in 1960, and was listed as one of the 15 national key universities in the "Seventh Five-Year Plan" and "Eighth Five-Year Plan" by the State Council. ", is a member of the "Excellent University Alliance", and has successively won the "National Civilized Unit", "National Civilized Campus", "National Graduate Employment Typical Experience University", "National National Unity and Progress Creation Activity Demonstration School", "National Pioneering Priority to the Grassroots" Party Organization" and other honorary titles and commendations. The school adheres to the school motto of "honesty, courage and perseverance", promotes the "three realities and one new" (solid foundation, practical work, simple style, pioneering and innovative) school spirit, and has determined the "five principles" (students as the root, education-oriented, Taking scholars as the main point, academics as the soul, and responsibility as the most important) school-running philosophy, it takes root in the west and devotes itself to national defense. The school has written many "firsts" in the history of New China, and today it continues to write new glory in the creation of first-class universities and first-class disciplines.

Xi 'an "Belt and Road" Scholarship for foreign Students

The school promotes global cooperation and enhances its international status. It has built an international cooperation network of world-class universities that focuses on Europe, expands Russia and Ukraine, and radiates around the world, and continuously enhances its international influence in helping to build a community with a shared future for mankind. The school has successively established close cooperative relations with more than 300 overseas universities, enterprises and scientific research institutes, and the number of cooperative universities in the TOP200 of the world university rankings has reached 58. The ranking of the world's four major universities, such as QS, THE, U.S. News, and ARWU, has been significantly improved, and the ARWU ranking has entered the global TOP200.

All along, the School of International Education has strictly followed the Ministry of Education's policy of "expanding scale, optimizing structure, standardizing management, and ensuring quality", and is committed to cultivating students with professional skills, knowledge and understanding of China, cross-cultural and global competencies, etc. Outstanding international talents with outstanding abilities. More and more international students are active in classroom teaching, project research, cultural exchanges and other occasions, becoming an important force in the school's internationalization construction process, and making outstanding contributions to the spread of Chinese culture and the improvement of China's soft power.

The School of International Education of Northwestern Polytechnical University warmly welcomes international students from all over the world to study!