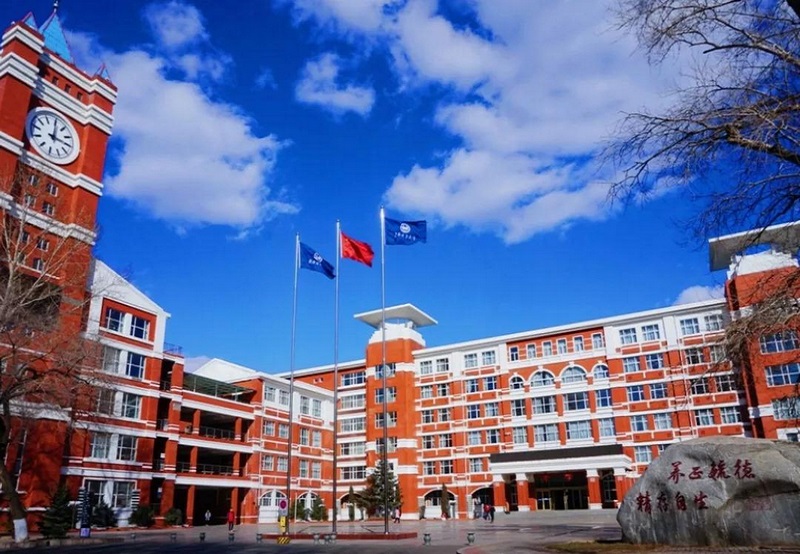 Founded in 1952, Qiqihar University is a high-level comprehensive university in Heilongjiang Province. It is located in the famous hometown of red-crowned cranes on the banks of the Nenjiang River - Laohu Lake in Qiqihar City, Heilongjiang Province. It covers an area of 1.26 million square meters and has a construction area of 750,000 square meters. It enjoys the reputation of "University around the Lake". The school was awarded the title of "Garden School" by the provincial party committee and the provincial government. In 2007, it was awarded the title of "Excellent School for Undergraduate Teaching Level Evaluation in Higher Education Institutions" by the Ministry of Education. In 2008, it was awarded the title of "Top Ten Harmonious Campuses" in the province. The title of "National Advanced Unit for Spiritual Civilization Construction", the title of "May 1st Labor Award" in Heilongjiang Province, and the title of "National Civilized Unit" for three consecutive years in 2011, 2015 and 2017. The school's characteristic discipline of plant-based food processing technology has been approved as a provincial "double first-class" project for the construction of local characteristic disciplines. The school has approved the project by adding a doctorate-granting unit.

There are 1,438 full-time teachers, including 700 professors and associate professors, 82.2% of the total number of full-time teachers are teachers with doctoral and master's degrees, 191 doctoral and master's tutors, and 39 foreign teachers are employed. Among the teachers, 1 teacher was elected as a foreign academician of the Russian Academy of Sciences, 3 "Longjiang Scholars" specially-appointed professors, 18 experts enjoying special government allowances from the State Council, 4 experts enjoying special provincial government allowances, and won the "National Excellent Teacher" and "National Model". There are more than 30 national, provincial and ministerial honorary titles such as "Teacher", 5 provincial teaching teachers, and 3 provincial teaching teams.

The university has advanced teaching conditions and facilities. The library has a collection of 2.77 million volumes, 810,000 e-books, 34 Chinese and foreign databases, and 5 special reading rooms for social sciences and foreign language materials. There are a total of 134 network multimedia classrooms and modern language laboratories, and each multimedia classroom has Anchor classroom function, the main control room of the network multimedia teaching system realizes the centralized management and control of multimedia classrooms. It has the first-class gymnasium, swimming pool, concert hall and student cultural and sports activity center in the province. The school regularly publishes three kinds of academic journals at home and abroad, namely "Journal of Qiqihar University" (Philosophy and Society Edition), (Natural Science Edition) and "Journal of Normal University Science".

The university attaches great importance to international exchanges and cooperation, and has successively established cooperative relations with nearly 70 colleges and related institutions in 13 countries including the United States, Japan, Russia, and South Korea, and carried out inter-school exchanges, academic exchanges and cooperative education, and achieved positive results. It has been identified by the Ministry of Education as a "Sino-Russian College Student Art Exchange Base" and a "National Government Scholarship Program for International Students in China".

It has been identified by the Ministry of Education as a "Sino-Russian College Student Art Exchange Base" and a "National Government Scholarship Program for International Students in China".