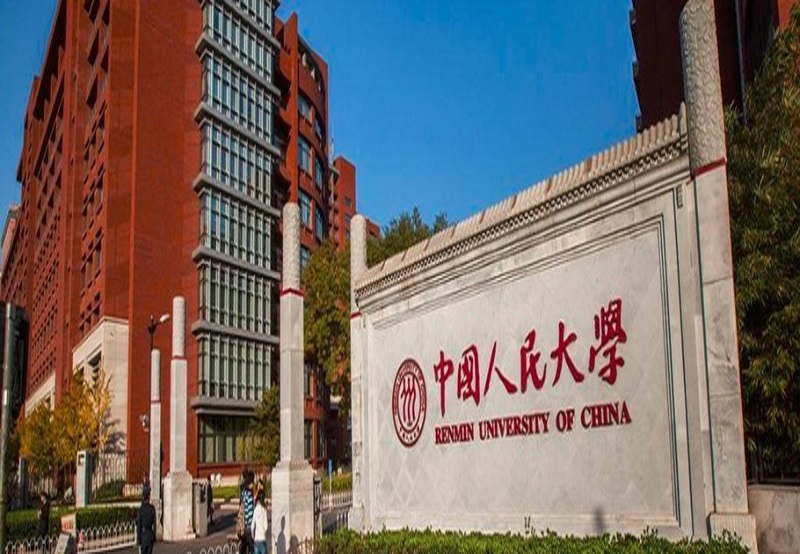 Renmin University of China is the first new type of formal university founded by the Communist Party of China. It is a comprehensive research-oriented national key university focusing on humanities and social sciences. It is directly under the Ministry of Education and jointly established by the Ministry of Education and Beijing. Renmin University of China has already formed an all-round and multi-level school-running pattern with undergraduate education as the foundation, postgraduate education as the focus, and continuing education as the auxiliary, and has formed a discipline development system of "trunk liberal arts and capable science and engineering".

Since 1950, the country has established key universities successively, and Renmin University of China is among them. The school is one of the first batch of "985 Project" and "211 Project" key construction universities in the country. Renmin University of China has already formed an all-round and multi-level school-running pattern with undergraduate education as the foundation, postgraduate education as the focus, and continuing education as the auxiliary, and has formed a discipline development system of "trunk liberal arts and capable science and engineering". The school is one of the first universities in China to set up a graduate school, and there are currently 39 colleges (academies). The school has 83 bachelor's degree programs, 186 master's degree programs, and 136 doctoral degree programs. The school has 37 first-level discipline authorization points for master's degrees, 22 first-level discipline authorization points for doctoral degrees, and 21 post-doctoral mobile stations.

The school has 8 national key first-level disciplines and 8 national key second-level disciplines, ranking first in the country in the field of humanities and social sciences; it has 5 Beijing key first-level disciplines, 1 Beijing key interdisciplinary discipline, and 4 Beijing key interdisciplinary disciplines. Municipal key secondary disciplines; has 13 key research bases of humanities and social sciences in general higher education institutions of the Ministry of Education, ranking first in the country; has 5 national basic discipline talent training and scientific research bases, and 1 college student cultural quality education base; has There are 3 engineering research centers and key laboratories of the Ministry of Education, 4 national-level experimental teaching demonstration centers, 2 Beijing key laboratories, and 3 Beijing philosophy and social science research bases. In the selection of 100 National Excellent Doctoral Dissertations for the 15th consecutive year, Renmin University of China won 29 papers, accounting for 12% of the total number of outstanding doctoral dissertations in the humanities and social sciences that have been selected in the country, ranking first among all universities and research institutes.

In the national first-level discipline evaluation results released by the Degree Evaluation Center of the Ministry of Education in 2017, the total number of A-level disciplines awarded is 14, including theoretical economics, applied economics, law, sociology, Marxist theory, journalism and communication, Statistics, business administration, and public administration were rated A+, philosophy and political science were rated A, and Chinese language and literature, Chinese history, library information and archives management were rated A-, and the number of A+ subjects ranked fourth in national universities. At the same time, the construction of the school's science and engineering disciplines has also made rapid progress. The discipline rankings, project funding, and the number of achievements in physics, chemistry, mathematics, psychology, and environmental science are all rising rapidly. Chemistry, engineering, materials science, environment/ecology Five disciplines including science, psychiatry and psychology have entered the top 1% of the basic scientific index database (ESI).

International Exchange and Cooperation at Renmin University of China