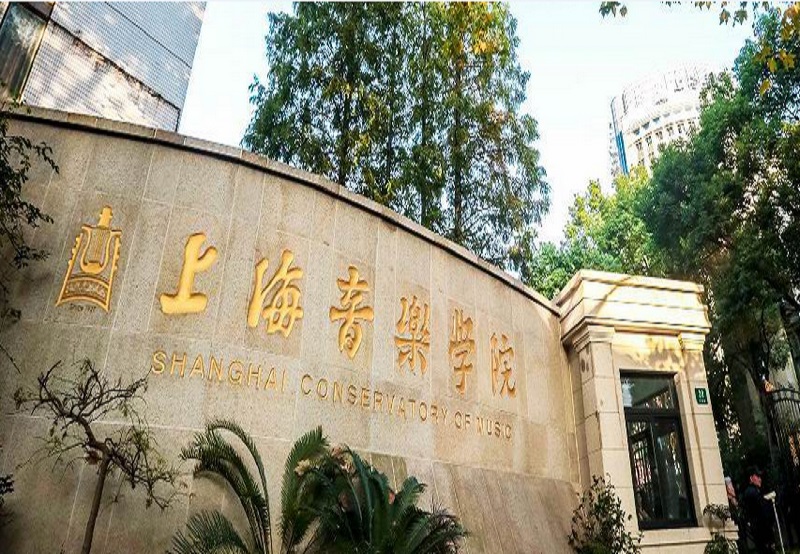 The Shanghai Conservatory of Music is the founder and incubator of modern professional music education in China. It is the first batch of "double first-class" universities in the country. As an outstanding representative of Chinese music education, it enjoys a high reputation at home and abroad and is known as the "cradle of musicians."

There are now Department of Composition and Conducting, Department of Musicology, Department of Orchestra, Department of Vocal Opera, Department of Piano, Department of Ethnic Music, Department of Music Education, Department of Music Engineering, Department of Art Management, Department of Modern Instrumental and Percussion, Department of Music and Drama, and Digital Media College, Marxist College, Public Basic Department, etc. There are 2841 full-time students, 517 faculty members, 317 full-time teachers, 75 international students, and 720 primary school students. In the ninety-four years of running the school, the Shanghai Conservatory of Music has been adhering to the mission of “cultivating professional talents in music, importing world music on the one hand, and organizing Chinese music on the other, with the expectation that it tends to be in harmony, while cultivating the spirit and art of national beauty and harmony.” The school motto of "He Yi Zhuang Cheng" always shares weal and woe with the destiny of the country and the nation, always stands at the forefront of the development of music art, established and continuously improved the education system and school model of China's professional music art, and is responsible for leading the development direction of China's professional music. Responsibilities have accumulated a broad and profound historical background, formed a distinctive cultural tradition, famous teachers have come out in large numbers, masterpieces are numerous, and they have cultivated generations of outstanding Chinese music leaders, and have made important contributions to China's music education and cultural construction. Our school has a complete discipline system. It is the first professional music school in the country with three first-level doctoral programs of "Music and Dance", "Art Theory" and "Drama and Film Studies". It has formed music creation, music performance, music theory, Music application "four-wheel drive" comprehensive system of music disciplines. In the fourth round of subject evaluation by the Ministry of Education in 2017, our school’s "Music and Dance Studies" received an A+ rating, tied for No. 1 in the country; "Art Theory" received a B+ rating, ranking in the top 20% of the country; "Drama and Film Studies" Received a B rating, ranking in the top 30% of the country. In the first national professional degree level evaluation in 2018, our school was awarded A+ in the art (music) category. The school level covers undergraduate education and postgraduate education (master and doctorate), and there are two post-doctoral research mobile stations.