Studying Abroad is Cost-effective in China

The enthusiasm for Chinese students to study abroad is unabated, and at the same time, more and more foreigners are studying in China. Recently, the Ministry of Education of China announced the statistics of studying in China in 2018. According to statistics, in 2018, a total of 492,185 foreign students of various types from 196 countries and regions studied in 1,004 higher education institutions in 31 provinces (autonomous regions and municipalities) in China.

Data show that among them, South Korean students are as high as 50,600, ranking first. The main reason for this is that the economic, cultural, and political exchanges between China and South Korea are quite close. Due to historical reasons, the Korean people also have a greater sense of identity with Chinese culture.

According to reports, the number of Chinese learners in Russia has increased tremendously in the past 10 years, from 17,000 in 2007 to 56,000 in 2017. According to a statement from the Russian Deputy Minister of Education and Science, the Russian college entrance examination include Chinese as an optional foreign language subject.

At the same time, more and more students from Thailand, Pakistan, the United States, India, Japan, Indonesia, Kazakhstan, and Laos are studying in China. 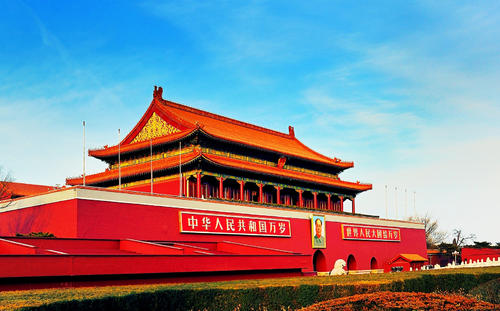 Why do foreign students choose China?

First of all, the tuition is cheap. According to reports, the cost of studying in China is relatively cheaper than the cost of studying in Europe, North America or Japan, and Chinese universities also provide special scholarships for international students. International students also have the opportunity to reduce tuition fees. At the same time, as an ancient civilization with a history of five thousand years, China has a tradition of attaching importance to education since ancient times. Ancient Confucianism and the imperial examination system had a great influence on Chinese education. The modern strategy of rejuvenating the country through science and education puts science, technology and education as a priority for development. Contemporary international exchanges and cooperation have enabled Chinese education to develop at a deeper level. Chinese education not only played an important role in the inheritance and development of Chinese culture, but also made great contributions to the development of world civilization. So the quality of education in China is very high.

In addition to tuition, the Times Higher Education in 2018 also summarized three major benefits of studying in China:

First, there are more and more choices today. In the past 10 years, the footprints of foreign tourists and international students in China have become more and more "deep". Nowadays, there are much more places for traveling and studying abroad than before.

Third, this may be beneficial to the career development of foreign students. In many industries, knowledge and experience about China are becoming more and more valuable.

According to reports, in addition to the above-mentioned advantages, China has many charms that attract international students from all over the world. The variety and deliciousness of Chinese food has easily attracted many foreigners. In addition, daily life in China is becoming more and more convenient, using WeChat and Alipay to pay, and you don’t even need to bring your wallet when you go out.

The safe environment is also the reason why everyone chooses to go to China.