What is It Like to Study in Nanjing City for Bangladeshi Students?

What kind of city is Nanjing? What are its characteristics? What is it like to study in Nanjing city for Bangladeshi students? Next, let us learn about Nanjing from several aspects.

Nanjing is the capital of Jiangsu Province, a sub-provincial city, a mega city, and a core city in the Nanjing metropolitan area. It is an important central city in eastern China approved by the State Council of China, an important national scientific research and education base, and a comprehensive transportation hub. As of 2019, the city has 11 districts with a total area of 6,587 square kilometers, a built-up area of 823 square kilometers, a permanent population of 8.5 million, an urban population of 7.072 million, and an urbanization rate of 83.2%. 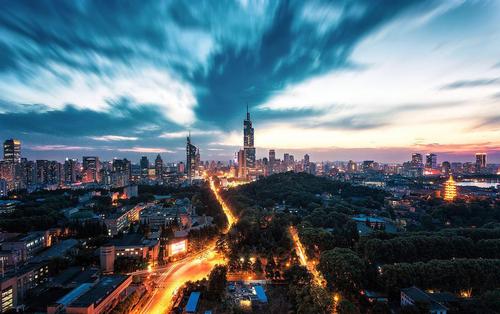 For students, education is what they want to know the most. Nanjing is an important national science and education center. It has been a city that values culture and education since ancient times. More than half of the top scholars in China during the Ming and Qing Dynasties came from Nanjing Jiangnan Gongyuan. As of 2020, there are 68 colleges and universities of various types in Nanjing, of which 10 are Universities of 111 Project, 8 are Universities of 211 Project, 12 are double first-class universities, second only to Beijing and Shanghai; In the ranking of the top 20 global scientific research cities , Nanjing ranks 8th in the world and 3rd in China.

Nanjing University is a famous university for Chinese people. It is a national key university directly under the Ministry of Education of the People’s Republic of China, ranking among the Double First-Class, 211 Project, and 985 Project.

In August 2020, UN-HABITAT released a list of the top 100 Asian cities. Nanjing ranked 11th in Asia and 5th in Mainland China.

Nanjing's economy is developing rapidly. In the 2019 "National Salary Report", the cities with monthly salary of more than 10,000 are ranked. Nanjing ranks fourth in China, second only to Shanghai, Beijing, and Shenzhen.

The distinctive characteristics of Nanjing culture are the intersection of north and south, inclusiveness, openness and tolerance, which is unique.

Jinling snacks, ranked first among the four major foods in China, have a long history, unique flavors, and a wide variety of varieties. They have been passed down since the Six Dynasties and have a history of more than one hundred varieties. Famous snacks are meat and vegetable, sweet and salty, in different shapes. For Bangladeshis who like to eat rice, Nanjing is a food paradise.

Nanjing has five major religions: Taoism, Buddhism, Christianity, Catholicism and Islam. Nanjing is extremely tolerant of religion, which is also good for most Bangladeshis who believe in Islam.

Nanjing is a good place for Bangladeshi Students to study and visit. If you want to know more about Nanjing and universities there, you can always contact with JTRH and consult us. We can offer you detailed and advanced information on Nanjing and universities there. Maybe you are interested in scholarships, we can also discuss it with you in details.