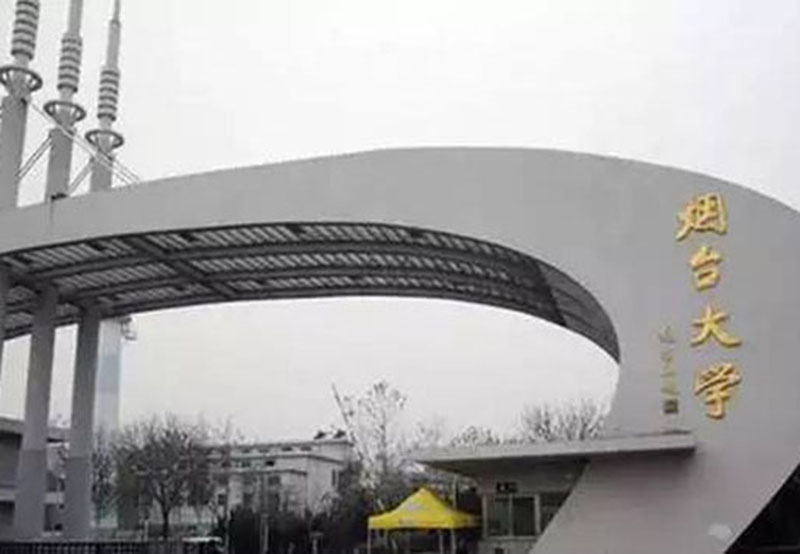 The school is located in Yantai, a national historical and cultural city and the best charming city in China. It faces the Yellow Sea to the east and the green mountains to the west. It has a beautiful environment and pleasant climate. It is the closest coastal university to the sea and the longest coastline in China. In 2012, it was approved as the first batch of construction units for Shandong Province's prestigious school project. In the same year, it was approved to serve the national special needs doctoral talent training program. In 2019, it became a provincial and municipal university. The disciplines of "Pharmacy" and "Materials Science and Engineering" were selected into Shandong Province's "First-Class Discipline" construction projects in 2018 and 2019, respectively. In 2018, 2019, and 2020, the province's public institutions and provincial colleges and universities performance appraisal consecutively won the excellent ranking. In 2020, the school was approved for project post-doctoral enrollment qualifications and national intellectual property pilot universities, and was selected as a "strong characteristic" high-level university in Shandong Province, and the two disciplines of law and pharmacy were selected as a "dominant characteristic discipline" in Shandong Province.

The school pays attention to the development of international academic exchanges and friendly exchanges, and has established friendly cooperative relations with 97 colleges and academic institutions in 32 countries and regions. There are now 1 Sino-foreign cooperative education institution organized in cooperation with Norway, 2 Sino-foreign cooperative education undergraduate programs organized in cooperation with universities in South Korea and the United States, and 6 countries including the United States, the United Kingdom, France, Japan, Switzerland, and South Korea, as well as the Taiwan region. The 22 friendly colleges and universities in China carry out inter-school student exchange programs. As one of the first colleges and universities in the country to be allowed to accept foreign students and invite foreign cultural and educational experts, the scale of international students at the school is constantly expanding, and there are Shandong Provincial Government Scholarships for International Students.