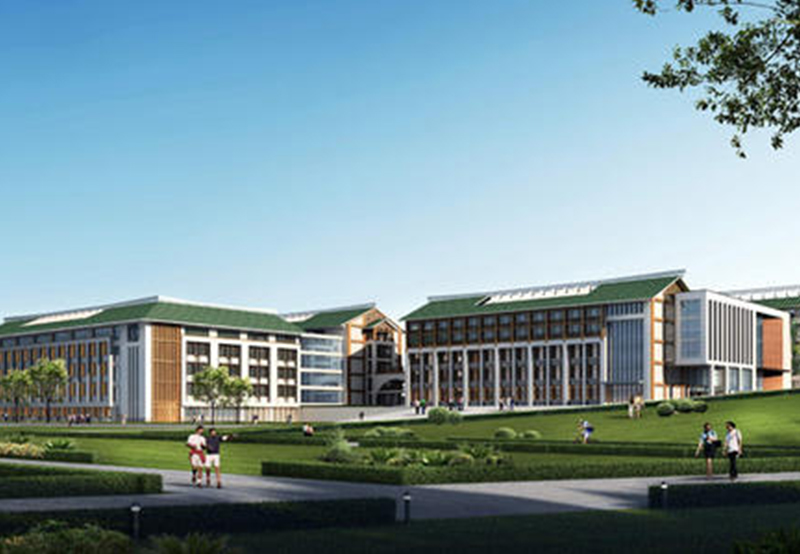 Youjiang Medical College for Nationalities is a full-time general undergraduate college directly under the Guangxi Zhuang Autonomous Region, located in Baise City, Guangxi. The university undertakes the training of undergraduates, postgraduates and international students. It is the largest higher medical education center, medical and health service center, and medical scientific research center in the border area of Guangxi, Yunnan, and Guizhou. The university covers an area of 1.0655 thousand square meters. The total construction area of teaching, scientific research and administrative buildings is 222,900 square meters (including under construction), of which the total construction area of teaching, scientific research and auxiliary buildings is 183,300 square meters. The area is 39,600 square meters, the student dormitory area is 123,200 square meters, the total value of teaching and research equipment is 19,621,800 yuan, and the library has 826,000 books; the provincial academic journals "Journal of Youjiang Medical College for Nationalities" and "Youjiang Medicine"; abundant network information resources such as student self-learning platforms to achieve full coverage of the campus network; a fully functional clinical skills training center and a national standardized training base for residents; as of November 15, 2021, There are 2 directly affiliated hospitals and 5 non-directly affiliated hospitals, as well as 77 teaching practice bases.

International Exchange and Cooperation of Youjiang Medical University for Nationalities

The university has successively signed educational cooperation and exchange agreements with educational institutions in the United States, Britain, Germany, France, Canada, Malaysia, Thailand and other countries, recruiting 571 international students from more than 20 countries. Since 2014, our university and the University of New Lanarkshire in the United Kingdom have launched a Sino-foreign cooperative education program in oral nursing, and the employment rate of graduates has reached more than 95%. The university organizes and implements the "Double Hundred Project" by self-raising funds. During the 13th Five-Year Plan period, a total of 136 outstanding teachers have been selected and sent abroad to study and study for doctoral degrees. In the past five years, the university has invited experts and scholars from the United States, Germany, Britain, Thailand and other countries to come. The university has conducted 277 academic exchanges, and a total of 226 teachers have been selected and sent abroad for exchanges and visits.

In recent years, the university has focused on developing talent training programs in cooperation with international institutions, such as the Sino-foreign cooperative education program in oral nursing with the University of New Lanarkshire in the United Kingdom (formerly Cotbridge College in the United Kingdom); and the cooperation with Southern University in Malaysia Cultivating medical talents program; exchange student programs with 8 medical universitys in Thailand, including the Queen Mother Nursing College of Thailand, the King’s College of Nursing of Thailand, Khon Kaen University, etc.; jointly develop key teacher study abroad programs and summer exchange student programs with Virginia Commonwealth University in the United States, etc. , have achieved fruitful results.